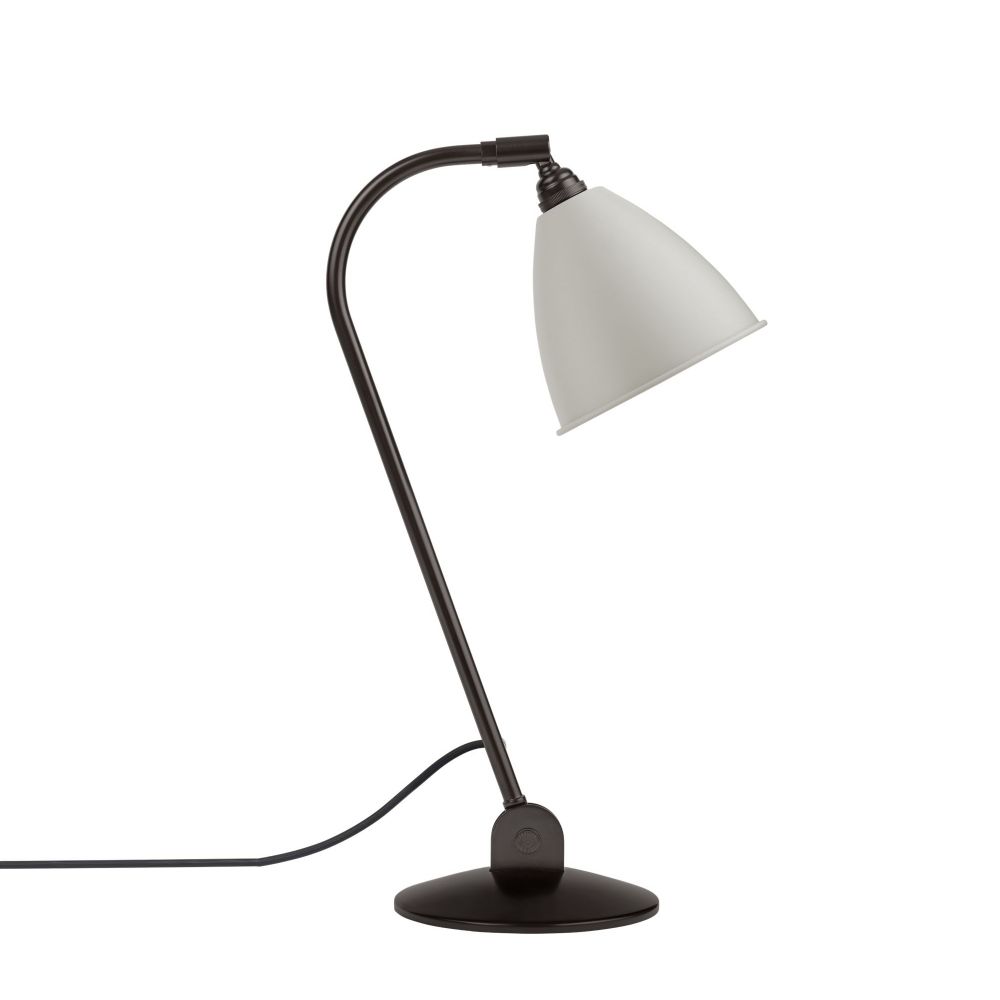 Skip to the beginning of the images gallery
Description
Designed by Robert Dudley Best in 1930, the Bestlite lamp is heavily influenced by the Bauhaus movement. Its distinctive and clear lines are a unique reflection of the lively minimalism of the Bauhaus. Shortly after its creation, Bestlite became known and loved by architects, designers and private individuals. Initially used as functional work light in garages and engineering offices, such as at the Royal Air Force, its industrial charm soon took hold in private homes.

The luminaire, which is now part of the collections of the Victoria & Albert Museum and the Design Museum London, is not only a visual eye-catcher, but also, typically Bauhaus, proves to be extremely practical in everyday use. With its flexible arm and movable shade Bestlite BL2 can be used in many ways: as a desk lamp at home or in the office, in the living room as a reading light or as a bedside lamp in the bedroom. Gubi offers a variety of versions, so it is easy to find the right Bestlite for your personal interior.
Data sheet
Manufacturer Info

» Show all Gubi products
» More Table Lamps to explore
We found other products you might like!
Close
Copyright © 2013-present GES mbH, Inc. All rights reserved.